Boutens comfortably won each of his heats, with the only danger to his perfect score coming in the form of newcomer Chris Daines who challenged him for victory in the Semi Finals.

In a thrilling climax to the superpole shootout before the grand final, Boutens managed to overhaul erstwhile poleman Lewis Manley to take his first BRKC grand final pole position before storming away at the front of the field once the race was underway.

Behind Boutens, Régis Gosselin established himself in second place after an early pitstop to leapfrog Lewis Manley. Sam Spinnael chose a similar strategy to Gosselin and the pair ran unchallenged for the final two podium places until a late charge from two time World Champion Mathias Grooten dropped Spinnael back to fourth.

However, following a pitstop from Spinnael, Grooten made a reactive stop and caused a yellow light infringement – ultimately demoting him to last place as this was after the ‘Last Chance To Pit’ board had been shown.

At the front, Boutens was unstoppable and once again took the £1000 cash prize along with a free entry into the 2017 Kart World Championship. 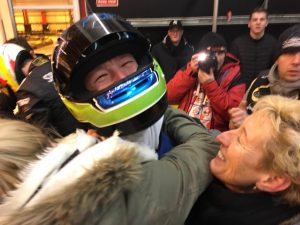 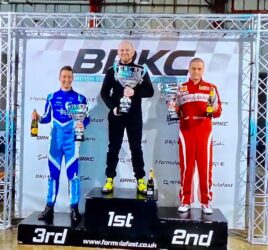 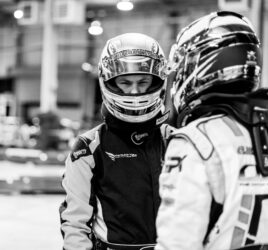 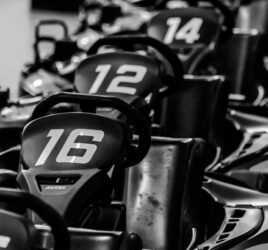